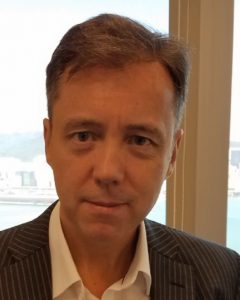 BC Finance is pleased to announce the hiring of Mr Gerard Byrne as CEO.

Gerard is a highly experienced C-Suite executive. Prior to joining BC Finance as CEO, Gerard was involved as senior advisor to BC Finance for three years as it developed its microfinance business.  Gerard was also the COO at British Telecom, responsible for operations across 99 countries and in excess 5,000 employees. Gerard also headed the Indirect Channel Sales and Strategic Partnerships. Prior to BT, Gerard was COO at Barclays Capital in Asia, leading large scale transformational projects. Before going to Hong Kong in 2008, Gerard spent over 17 years in Japan, working as CFO at HSBC, Merrill Lynch and Barclays Capital. Gerard’s academic qualifications include first class under graduate and post graduate awards in Commerce and Management, respectively, from University College Dublin. Gerard qualified with KPMG and is a Fellow of the Institute of Chartered Accountants in Ireland. Gerard speaks English and Japanese.